Will Your Accident Case Require A Trial?

The idea of pursuing an accident case can seem daunting, especially if you've never dealt that much with the legal system. You'd be right to wonder whether you may have to sue or even go to trial to get compensation.

What are the odds of that happening? Fortunately, they're fairly low. The vast majority of cases never go to trial. An accident lawyer can't guarantee that, but they can look at these three aspects of your case that might raise or lower the chances of trial.

If you're in a situation where a no-fault insurance law comes into play, you may face an expedited settlement process. That's good if you're worried that you won't be paid at all or quickly. The downside is it may limit your rights.

No-fault insurance policies aren't available in all states. If the accident didn't occur in one of the states that have no-fault systems, then you don't need to worry. However, if you do live in such a state and want to pursue more compensation than the insurer is offering, you may have to sue.

Many insurance policies have limitations on coverage. One of the most common limits is on non-catastrophic injuries. This means the insurer won't pay more than a set limit if the injuries weren't life-altering or permanent. The caps come off, though, if you've suffered catastrophic injuries. You and an accident lawyer might need to prove that your injuries were catastrophic, and that may call for a lawsuit or even a trial.

If a defendant doesn't have insurance, then you'll have to deal directly with them rather than an insurer. Even if the defendant has the money to pay, they might think more highly of their chances of winning in court than an insurer would. They're welcome to fight it, and that may put you in a position where you have to sue.

Similarly, some uninsured defendants don't have the money to pay. If you can't reach a settlement and payment agreement with them, you may need a court judgment to compel payment. Presuming you win, a judge can then place a lien on their assets or garnish their wages if they still won't pay.

Talk to an accident lawyer to find out how to handle your case. 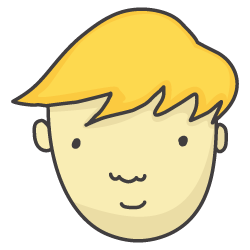